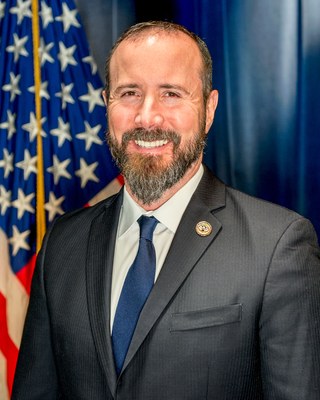 Prior to this assignment, Mr. Mayoral served as the Deputy Assistant Director for HSI’s Investigative Services Division. In this role, he was responsible for the oversight of investigative support and training for the Asset Forfeiture Unit, Forensic Lab, Training Academy, Undercover Operations Unit, Victim Assistance Program and Management Oversight Unit.

Mr. Mayoral held various leadership positions within HSI. He was recently the Special Agent in Charge for HSI San Juan, Puerto Rico, which includes seven offices in Puerto Rico and the U.S. Virgin Islands, five international airports and three major seaports. He also served as the Deputy Special Agent in Charge for HSI San Juan, where he supervised employees across the San Juan. In 2012, he was Unit Chief for the Undercover Operations Unit, where he was responsible for evaluating the overall progress of 45 certified undercover operations and validating the effective use of undercover appropriated funds and proceeds totaling approximately $20 million. In 2010, he assumed the role of an Assistant Special Agent in Charge responsible for the day-to-day operations and management of five HSI San Juan investigative groups. In 2007, Mr. Mayoral was promoted to Group Supervisor, and in that role led his group to receive the HSI San Juan Outstanding Accomplishment Award.

In 2004, Mr. Mayoral joined Immigration & Customs Enforcement (ICE) as a Special Agent assigned to San Juan. As the lead agent for OCDETF Operation Watusi, Mr. Mayoral briefed White House Drug czar John P. Walters on this investigation, resulting in the approval of the required funding to stand up the Caribbean Corridor Initiative.

Prior to his employment with ICE, Mr. Mayoral led numerous Title III investigations targeting Italian Organized Crime involvement in labor racketeering as a Special Agent with the Department of Labor, Office of the Inspector General. Mr. Mayoral began his government career began in 1995 as a Civil Investigator for the U.S. Department of Labor in New York City. He holds a bachelor’s degree from the University of Puerto Rico, Rio Piedras campus, with a major in Labor Relations. He is a member of the Senior Executive Service.

Supervisory Special Agent Patricia Rossiter is the unit chief for the Federal Bureau of Investigation’s Intellectual Property Rights unit, and the FBI’s deputy director at the National Intellectual Property Rights Coordination Center, where the FBI’s IPR unit is located. In this position, she provides strategic direction and oversight for the FBI’s IPR program which includes theft of trade secrets, trademark and copyright infringement and counterfeit goods impacting health and safety.

Prior to her current assignment, Rossiter was assigned to the Detroit field office; the FBI’s Legal Attaché Office in Brussels, Belgium, with an area of responsibility including Belgium, Luxembourg, NATO and the U.S. Mission to the European Union; and FBI Headquarters Directorate of Intelligence and Criminal Investigative Division. During her career Ms. Rossiter has led investigations for, and contributed to, several FBI programs including criminal, cyber, counterintelligence, counterterrorism and intelligence.

Ms. Rossiter earned a Master of Business Administration degree from Washington University in St. Louis, Missouri and a Bachelor of Arts degree from the University of Michigan. Prior to joining the FBI, she worked in the information technology division of a brokerage firm.

Laurie Dempsey is the director of the IPR and e-Commerce Division with U.S. Customs and Border Protection, Office of Trade, leading efforts to develop innovative approaches to enforce intellectual property law at ports of entry and to educate and engage stakeholders to deter the importation of illicit goods.

Ms. Dempsey has over 29 years of international trade experience, including developing trade policy, serving as a subject matter expert for the Automated Commercial Environment, managing quotas and trade agreements, engaging with stakeholders to modernize processes, and training foreign governments on CBP regulations and procedures.  She began her career with U.S. Customs as an import specialist in the Los Angeles seaport.

Ms. Dempsey is married with two children, and in her spare time she enjoys running, gardening, and fostering dogs.

Predatory and illegal intellectual property trade practices affect every aspect of our lives ranging from the economy to health and safety. The IPR Center is the U.S. government’s frontline response to stop global IP theft and enforce international trade laws.

The IPR Center strives to share critical information and raise awareness to the dangers of IP theft, fraud, cyber intrusions, and trade violations by coordinating with 25 key federal and international government agencies, as well as private sector partners to combat IP theft around the world.

Through these partnerships the IPR Center can disrupt illegal activities, investigate bad actors and disseminate necessary information to protect the U.S.

HSI is the principal investigative arm of the U.S. Department of Homeland Security, and is responsible for investigating transnational crime and threats, specifically those criminal organizations that exploit the global infrastructure through which international trade, travel, and finance move. As a part of these investigative efforts, HSI leads the IPR Center which provides a global blanket of IP coverage with over 130 attaché offices covering 180 countries, territories and islands; and brings all the regulatory, civil, and criminal authorities under one roof—including the tactics, techniques, and procedures of the partner agencies—to fight counterfeiting and piracy, and to provide education to both agencies and the public about the danger and impact of IP theft.